How many times have you read about a big hitter approaching the twilight of his or her career joining a smaller firm to help it develop? The trade press print stories reporting the appointment and the big hitter is quoted talking excitedly about their plans for the future.

But what happens next is often not reported.

The big hitter’s ways of doing things are invariably a touch smoother and more sophisticated than those of their new colleagues. Their ambitions, even though they are reaching the end of their career, somehow still manage to be in line with the most ambitious at their new workplace. And years of skilled diplomacy means that they can introduce new and better ways of working without ruffling colleagues’ feathers. The appointment is a great success at first.

Sadly, however, more often than not the appointment fails to live up to expectations in the longer term. Time and again I’ve witnessed the failure of the big hitter to make a positive contribution when joining a smaller firm.

Far too frequently, the former star from the well-known firm arrives with a bang and exits with a whimper, having failed miserably to bring in the new clients and boost profits in the way they were expected to.

Why is it that in too many instances the big hitter’s arrival does more harm than good? The answers vary but there are usually a number of common causes.

A classic mistake is an employer’s tendency to put too much confidence in the brand name from where the superstar comes. This person may have enjoyed a successful career working for the largest firm in its sector, but this is no guarantee of individual excellence.

The smaller firm doing the hiring has failed to find out about the hitter’s personal contribution before offering the contract. Was the hitter really instrumental in the firm’s success or were they under-pinned by talented colleagues?

Further, did the new employer work hard enough to establish if the hitter is still hungry for success? It may well be that in their later years they were just coasting along, or they may have played a devious political game in their rise to the top, deliberately riding on others’ coat-tails while climbing the career ladder.

Let’s be clear, distinguishing between the real achiever and the myth is no easy feat. These people interview extremely well and very few people provide warts ‘n’ all job references.

Bearing this in mind, the prospective employer should interpret answers carefully. If soundings produce very anodyne comments from the hitter’s current colleagues, this should ring alarm bells. There is a real possibility that these answers belie the story they would really like to tell.

Invest time in speaking to as many people in the broader market as possible, not just the person’s immediate colleagues. They may feel freer to speak, and what they have to say may be closer to the big hitter’s real work performance.

But remember, recruiting the right person is more about how they are going to fit into your current organisation than how they fitted into the firm they are seeking to leave.

Inevitably, large firms require employees to fill more specialist roles, while smaller ones call on all staff to be much more rounded. For example, do your existing senior managers do their own paperwork and administration? Also, do they do their own marketing? Will your big hitter be prepared to be similarly self-supporting?

If they demand that you also hire their current secretary or PA, ask yourself what effect this will have on your happy managers who currently look after themselves. In my experience, if the privileges offered to a big hitter are too generous the bitterness this stokes up will be more trouble than its worth.

Also, if your big hitter has never worked for a smaller company be cautious about their flexibility. Be aware that they may have reached an age when some of their work habits are too ingrained to be easily changed.

It may well turn out that your big hitter is a pragmatist who is willing to accept an interesting new job that swaps perks and status for the thrill of a genuine challenge. Home and dry? Not by a long way.

For all their best intentions, big hitters can be surprisingly naïve. Coming from such a protected corporate environment, they fail to appreciate just how difficult it will be to adapt to a smaller organisation.

They may have no real experience of the SME world, of having to beg, steal or borrow to get results. At their previous large firm they had the resources at their disposal to do this detailed “devilling”, but before long they become a little dispirited when they realise that many of their favoured business contacts have secretly crossed their name off their lists because they can no longer dispense those big company favours or take them out to fine restaurants or upmarket events.

In a matter of months, the honeymoon period is well and truly over. New colleagues have come to realise that the big hitter is no better at the job than they are, yet they’re on a much higher salary. Without thinking, they cease to extend their goodwill. Our big hitter is left abandoned trying to send a fax or work the copier, and their effectiveness is in steep decline.

Hiring a big hitter comes with plenty of risks. It is good on paper but often disappointing in reality. As an alternative, it may be better to look for new staff who have succeeded in smaller organisations. If these people have secured proven results by working for companies that most haven’t heard of, they are probably the most talented and hard working staff. And your firm doesn’t have to lose face by dispensing with the fallen star who failed to light up the commercial sky for you. 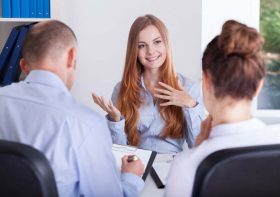 How your company can benefit from work experience and apprenticeship placements

Do you need to outsource HR?